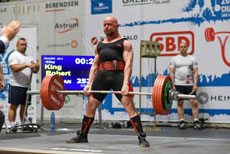 I can’t say enough positive things about what I have learned from Dr. McGill. For 10+ years I was injured and broken from a back injury. This set back my training and put my life on hold. I could not lift do any heavy activity. I thought I was done.
After meeting Dr. McGill and applying his approaches I was able to re-build my back and get back to competitive PowerLifting which I was told was impossible.
So much for that.
I have competed for Team Canada 9 times, set a National Squat Record, A CommonWealth deadlift record and won 2 Worlds Medals (in squat and deadlift). Three medals at the world masters games in South Africa, October, 2019All of this after hurting my back.